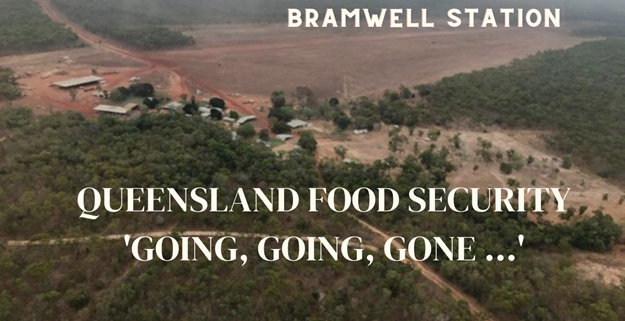 The Queensland Government’s recent purchase of two existing pastoral leases north of Weipa, amounting to nearly 325,932 hectares of agricultural land, has led to calls for the buying program in Cape York to “stop”.

Many graziers say they are becoming fearful for the future of the cattle industry up North, as more and more large pastoral properties are being bought up by the Government.

Since 2007, the Queensland Government has bought more than a dozen pastoral properties in Cape York, including Kalinga, Crosbie, Strathmay, Killarney, Dixie and Wulpan Stations.

Bertiehaugh Station was bought by the Federal Government and renamed the Steve Irwin Wildlife Reserve.

All these stations have been permanently removed from Australia’s agricultural lands network and converted into national parks or wildlife reserves.

Now Bramwell and Richardson Stations have joined the list – the northern-most cattle enterprise in Queensland.

The buy-ups are impacting neighbouring stations and communities, as more money is ripped from town economies, along with countless jobs.

Many are suspicious that the government may be buying up land to gain carbon credits.  Bramwell Station, for example, came with a “carbon farming deal” in place.

Grazier Emma Jackson, who runs nearby Wolverton Station in Cape York, said the sale of Bramwell Station was very troubling.

“If the cattle stations continue to close down in Cape York, it will be … another nail in the coffin for the grazing industry” she told the Brisbane Times recently.

“The state government might buy the land, but they don’t invest money into it.  It’s not feasible or possible for them to manage it”.

“When you’re producing on the land, you know where every weed is, you do your fire management, you make a dollar and it goes straight back into the land”.

“There’s this perception that when you’re working the land in cattle or horticulture, you’re not working with the land, that you’re not doing the right thing and that’s simply not correct.”

Local graziers and communities are not being consulted or given a say over the government ‘buy-ups’.

While questions around the vital issue of our ‘food security’ or the impact on Queensland’s agricultural sector overall, go unanswered.

Bear in mind that this is productive farmland we are talking about – land that food producers could make good use of.

Land that is now lost to Queensland agriculture forever.