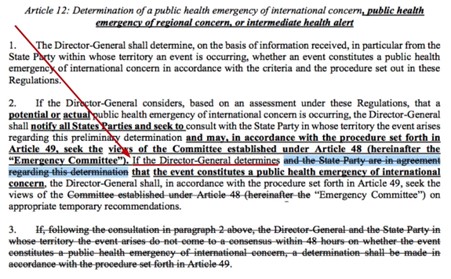 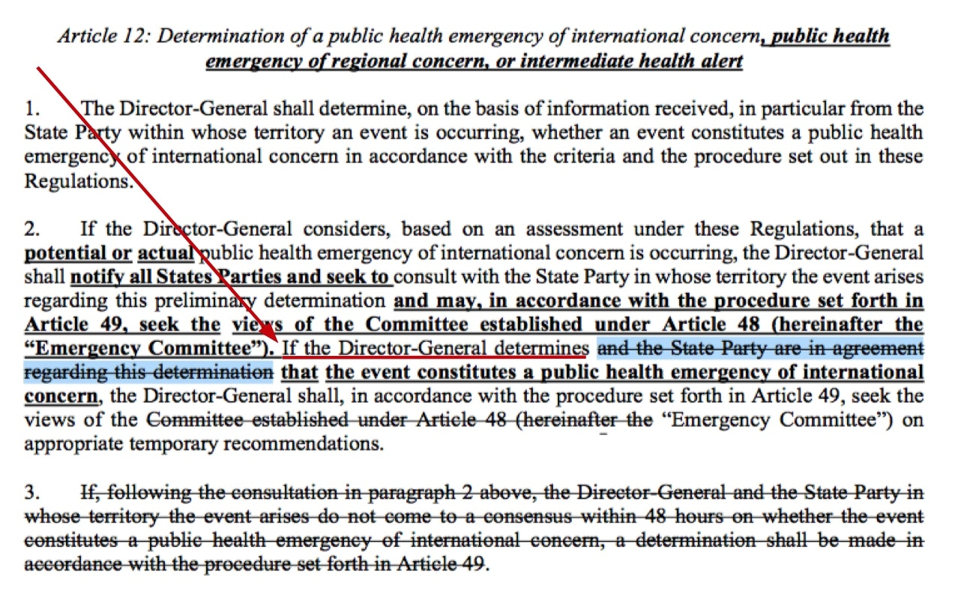 The above IHR amendment would have given away Australia’s sovereign decision-making powers for declaring and managing ‘Public Health Emergencies” to a foreign entity, the World Health Organization.

It still might, given we have only been granted a reprieve, NOT a pardon, from these appalling amendments.

Once we have all breathed a collective sigh of relief, however, important questions need to be asked to ensure this never happens again.

How exactly did it happen that not a single member of Government OR Parliament, thought to notify the Australian People that such a dangerous and treacherous step was being considered by Canberra?

At no point, as far as I am aware, did anyone in authority, alert the Australian public of the existence of these Biden amendments or their implications for our national sovereignty.

The only reason the public here became aware of the Amendments was when an independent US researcher came across them by chance in April and posted them online.

Without that, the Australian people would have had no idea their Government intended on signing away their sovereignty, without any recourse to the ‘Will of the People’.

Australia has one of the most secretive and unaccountable treaty-signing systems in the world.

It’s practice of tabling treaties in batches in Parliament, AFTER they have already been signed, is a joke.

In 1996, the British Minister for Overseas Development, compared the Australian practice to the ‘Ponsonby rule’, which requires treaties in the UK to be tabled at least 21 sitting days prior to signing.

“Your lordships would be right and, indeed, would have every reason to complain had we followed such a practice of tabling treaties in bulk. We have not done that. If our Australian friends had used something like the Ponsonby Rule on treaties effectively one by one, THEY WOULD NOT BE IN THE SITUATION IN WHICH THEY NOW FIND THEMSELVES.  We are very different from the Australian Government in this.  We are committed to a policy of open government.”

Australia’s practice of treaty signing has eroded our sovereignty and democracy, in ways most of us are still not fully aware of.

It is also why there is so much confusion amongst Australians as to why so many impenetrable laws are being rammed through our State and Federal Parliaments, without being either asked for or needed by the Australian people.

That’s why we need a full Royal Commission into Australia’s Treaty signing process, to get to the bottom of all this.

WHO forced into humiliating backdown

Coming for your guns
Scroll to top