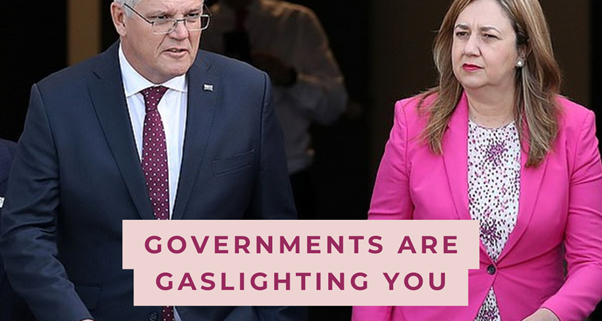 AUSTRALIA’S STANDARD OF LIVING HAS PLUMMETED – AND NO, YOU’RE NOT CRAZY FOR THINKING SO!

Short of highway robbery, nothing makes you poorer than inflation, and right now, Australia’s inflation is soaring.

According to the Consumer Price Index (CPI), inflation is at 3.5% for the year, but in real terms, this number is little more than a well-crafted lie.

Just one more rigged government number amongst many.

The CPI is calculated by assigning relative weight to different categories of goods.  It’s done using a set of complex formulas, most of which are specifically designed to deceive you.

Now if you are someone who happens to catch the bus every day, then that MAY make some kind of sense.

However, if you are like the rest of us and use a car to drive to work each day, then a 3.3% weighting is an absolute joke.

It doesn’t take a maths genius to work out that fuel costs make up a lot more of a person’s weekly budget than 3.3%.

The CPI completely ignores this reality.

The bottom line is that none of the CPI figures come close to being accurate.  Just do the maths for yourself.

The price of a used car went up 21% over the past year.

All that’s without even looking at things like ‘shrinkflation’, where companies reduce the size of a product and disguise it with fancy new packaging.

And that’s just what we BUY.  Take a look at the hikes we’ve seen in rents, utilities, land tax and insurance.  Are you starting to get the idea?

Why would governments lie?  Well, let’s just go with the obvious.

Imagine you are a government, who has racked up eye-watering amounts of debt and printed far too many dollars, to fund a bunch of useless ‘green’ projects and UN-directed ‘woke’ programs.

Along the way, you devalued your currency, set inflation soaring, destroyed small business, wiped out the middle class and impoverished an entire population.

I’m no Einstein of course, but all this may be something a government might want to hide.

As far as ‘conflicts of interest’ go, putting governments in charge of our economic data and figures, must rank as one of the worst ideas in history!

EUGENICS ANYONE?
Scroll to top