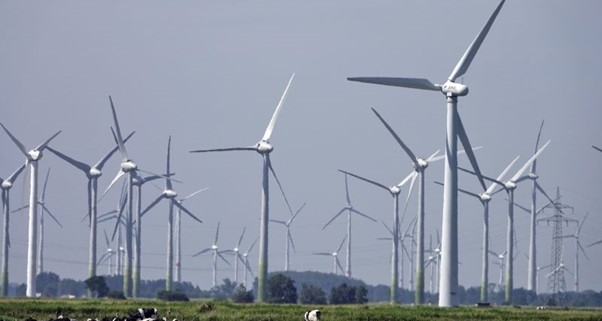 Remember ‘Energiewende’– the green energy transition that globalists held up as a green energy model for the world.

Between 2000 and 2019, renewables in Germany grew from 7 percent to 35 percent of its electricity.

German politicians were so convinced that gas and coal were stranded assets that they closed all their reliable power generators, without building any more to replace them.

No matter.  Energiewende was “Germany’s gift to the world” they told us.

In 2020, the German government allocated a record $38 billion to expand green electricity infrastructure even more.

On 7 March 2022, it earmarked another 200 billion for yet more investments in decarbonisation and “greater independence from imported fossil fuels”.

He said it with a straight face.

But things are not looking so good for Germany’s Energiewende today, with gas flows from Russia at just 20 percent capacity.

In fact things are starting to look very grim indeed.

It might still be the height of summer, but Germany has little time to lose.

City officials are dimming or turning off streetlights – even traffic lights – while municipal pools and gyms switch off the hot water in a race to reduce energy consumption before winter.

German brewers have been told to stop making beer and there is talk of Oktoberfest being cancelled.

Landlords have turned down the heating on rental properties and asked tenants to take shorter showers.

Germany’s presidential palace in Berlin is no longer lit at night and the spotlights on public monuments have all been turned off.

Fifteen percent of German industries have already cut production, while a third say they will do so shortly.

One is chemical giant BASF SE, who says it is planning to cut the gas-intensive production of ammonia — a key component of fertilisers – due to skyrocketing energy costs rendering the business unprofitable.

Our economic system is in danger of collapsing,” the Premier of Saxony told Die Zeit newspaper.

“If we aren’t careful, Germany could become deindustrialised” he said.

Welcome to life under Net Zero!

A world where nights are going to be cold and dark, where hot water will be a luxury and sports stadiums prepare to do double duty as warming areas for Germans so they don’t freeze to death.

Their Fight is OUR Fight!
Scroll to top