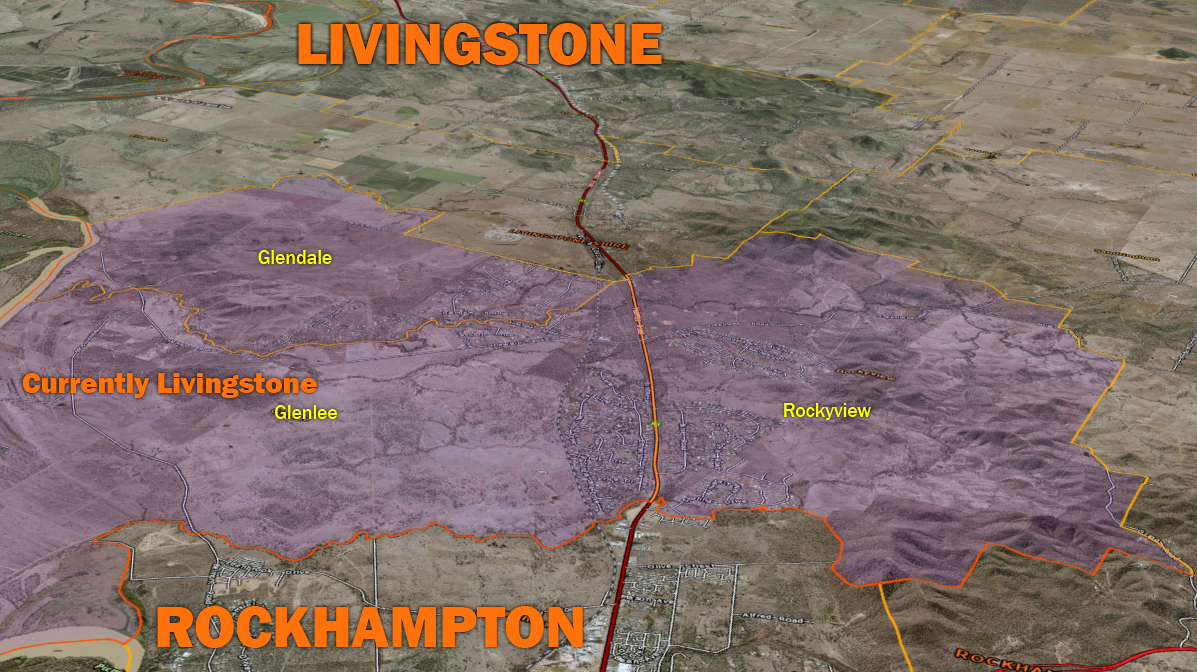 Local residents should be the first people to have a say in local government boundaries. More to the point, any moves to adjust boundaries should be instigated and driven by residents, rather than politicians.

The Rockhampton Regional Council is taking a piece-by-piece approach to its re-amalgamation strategy. Rockhampton Mayor, Margaret Strelow is adamant the local government boundary will be moved to shift Glenlee, Glendale and Rockyview out of the Livingstone Shire and into Rockhampton. But those residents should be allowed to speak for themselves without the Rockhampton Mayor kicking them around like a political football.

The survey below is part of a consultation process about the proposed Local Government boundary and data will be combined with the results of a telephone and door-knocking campaign to get a clear picture of what the locals want. I will then advocate for what those locals want.

The Rockhampton Mayor was very premature and most likely incorrect in publicly claiming what I would or wouldn’t do on the issue. The truth is that I am a representative and I will represent the view of the people. For the Mayor to claim I would vote against their wishes when she doesn’t even know what those wishes might be is just a political stunt.

I am going out there and asking the people in those areas directly whether they feel they should be part of Rockhampton or part of Livingstone and I will back whatever their decision might be. They are going to pay rates either way so it’s not really about anyone subsidising anyone else.

Everybody has to pay rates, regardless of which local government area they are in. But building an empire around a major regional centre, at the expense of smaller rural councils, invites intervention to restore equity. Using the lure of lower rates to change the boundary could easily produce a result where everyone in the Rockhampton Regional Council area ends up paying more rates.

2 days notice to change a workforce