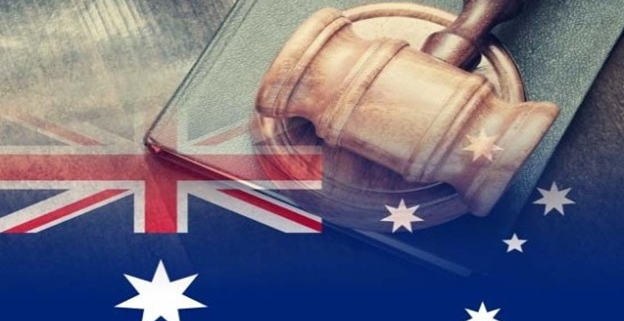 Stephen Andrew statement on challenge to No Jab, No Job mandate

Two cases were heard in the Queensland Supreme Court this week, which have been lodged on behalf of the State’s unvaccinated frontline workers. Queensland Police and healthcare workers, under direct threat of losing their jobs and livelihoods, are alleging “improper exercise of power” by the Queensland Government.
Many have young children and say that any refusal by them to accept the government’s ultimatum, will come at an enormous financial cost to themselves and their families. Both cases are being handled by the same law firm and barrister, after numerous Brisbane law firms shamefully refused to take their cases. The groups say jab mandates strip them of their right to natural justice, and breach countless Qld and Federal laws around human rights and anti-discrimination.
Qld Police have until this Monday to receive their first dose, despite the fact that all the “vaccines” are still in their experimental Phase 3 trial periods. The deadline for Queensland Health staff working in hospitals, expired last night.
Justice David Boddice, who made a number of seemingly antagonistic comments during the hearing, refused the groups’ request for a 90 day stay, saying the cases needed to be dealt with as soon as possible. He granted a 12 day stay instead.
The Judge also rejected the groups’ request that “the expert evidence relied upon by decision-makers be disclosed”, saying: “This is not a merits review — you won’t be getting it”.
A GoFundMe page set up for the police workers case has received many donations from other police officers, both serving and retired. The group has posted a statement on the page, saying health mandates are inconsistent with “workplace rights” and “infringe upon our rights to freedom and informed consent to a medical procedure”.
“Our country has a representative democratic government structured to afford its citizens legal protection against the exercise of arbitrary political power.”
“Even if you are not a QPS employee or family member, this affects you” .
“We believe acquiescence with a vaccine mandate will set a dangerous precedent for our country”.
“Today, it is a vaccine. Today, it is us on the line”.
“WHAT will it be tomorrow? WHO will it be tomorrow?”
Qld’s Police Commissioner said an investigation had been launched into whether police who donated to the campaign, could be charged with “police misconduct”.
October 1, 2021/0 Comments/by admin
https://www.kickstartqueensland.com.au/wp-content/uploads/2021/10/211004-challenge.jpg 357 624 admin https://www.kickstartqueensland.com.au/wp-content/uploads/2020/06/KQLD_logo.png admin2021-10-01 11:09:032021-10-03 11:19:05No Jab, No Job mandate challenged
0 replies

Zero freedom for the un-jabbed
Scroll to top