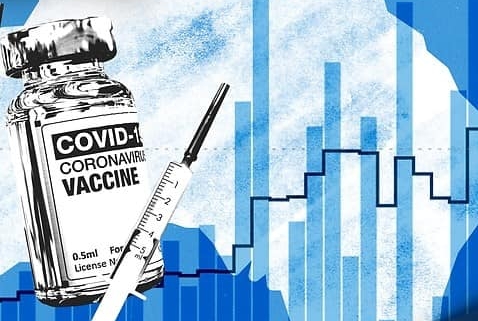 Why is the government talking about sedation for vaccine in connection with people with a disability? The Commonwealth Advisory Committee on the “Health Emergency Response to Coronavirus for People with Disability” have released the ‘Key Outcomes’ from their meeting on 14 July 2021. Right at the bottom, I found a sentence saying: The Advisory Committee will consider approaches to SEDATION or ALTERNATIVE STRATEGIES to support Covid-19 vaccination at a future meeting. I went back over earlier Advisory Committee meeting minutes and quickly found a number of other mentions to “sedation” in the context of the vaccine roll-out.
At the 4 March 2021 meeting, the Committee recommended: “leveraging local health districts and other relationships in group homes to inform PLANNING AROUND SEDATION”. Under “Next Steps”, the Committee said: “The Department will liaise with state and territory governments about opportunities to work with local health districts in “administering the vaccine” and “ACQUIRING SEDATION”.
So who, exactly, does the Committee have in mind, when they talk about “sedation” and “alternative strategies”? It is a question every one of our ‘vulnerable’ groups, especially those living ‘in care’, need to know. Because, going by some of the recent Disability Royal Commission Testimony, the use of chemical or mechanical restraints by authorities cannot be ruled out. Not by a long shot.

According to testimony heard at the Disability Royal Commission earlier this year, a number of witnesses recounted instances where medical procedures were forced on them against their will, saying it had caused a lot of “trust” issues for them regarding the vaccine roll-out.

Queensland’s Public Guardian is quoted in the Commission’s interim report as saying there is still a lot of “unwarranted use” of chemical and mechanical restraints in disability care homes. One young woman told the commission how simply raising her voice was interpreted as ‘violence’ and used to justify ‘chemical restraint’. Others told of forced electric shock treatments and even forced ‘contraception’.
The PM needs to reassure these people that “informed consent”, given in writing, will be a prerequisite before any jab is ‘administered’, secondly, that every individual’s decision will be fully respected and finally, that the use of ‘sedation’ or any other form of coercion, will only be used in extreme cases and only after a Court Order authorising it, has been obtained.
Where is the Human Rights Commissioner on this issue?
FOOTNOTE:
Sadly, Australia’s most “fierce and passionate” disability advocate, Sue Salthouse, died in a tragic accident last year. If ever there was a time when ‘vulnerable’ groups like those living with a disability needed a powerful defender like Sue, that time is now. RIP.
Advisory committee communiques
Disability royal commission
July 24, 2021/0 Comments/by admin
https://www.kickstartqueensland.com.au/wp-content/uploads/2021/07/210727-Sedation.jpg 478 478 admin https://www.kickstartqueensland.com.au/wp-content/uploads/2020/06/KQLD_logo.png admin2021-07-24 08:13:542021-07-27 08:25:10Sedation for vaccine
0 replies