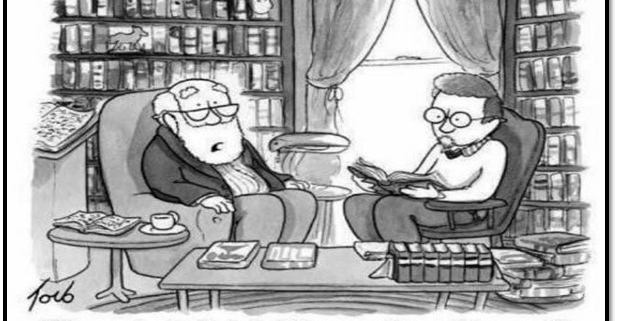 TONIGHT’S SPEECH CALLING FOR MANDATES TO END, WAS UNFORTUNATELY DROWNED OUT BY A STORM OF ABUSE FROM LABOR MPS

I actually didn’t think the Speech was all that controversial.

I’d even toned it down a bit beforehand.

I needn’t have bothered because almost from the moment I stood up, the heckling from Labor just got louder and louder.

Even the history of Australia’s South Sea Islander community was openly ridiculed, with the Member for Mackay jeering loudest and longest.

At the end of the day, I know that everything I said was true.

These mandates are wrong.

They are divisive and incredibly dangerous.

I believe future generations will condemn them, and all those responsible for them.

I am proud to be able to stand up and speak for any group of people who are being silenced and gaslighted by those in power.

If that means I am labelled an ‘anti-vaxxer’ or ‘conspiracy theorist’, then so-be-it.

On 30 November 2021, just 10 days before the end of the school year, the Premier announced a mandate over school and childcare employees.

There was no warning, no prior consultation, and not a single risk assessment done to justify the policy.

Workers who went to the QTU for help, were turned away after a lifetime of membership fees.

The Education Department’s role was even more reprehensible.

Low-skilled or casual workers were simply terminated and sent packing.

Many experienced and qualified teachers were dealt with the same way.

The rest were suspended without pay until June 2022.

Six months with no income and forbidden from finding another job without the department’s ‘say so’.

All while under threat from the department that anyone ‘speaking out’ could face   ‘disciplinary action’.

Most teachers were so traumatised and ‘in shock’ at what had happened, that ‘going public’ was the last thing on their mind.

Mr Speaker, these mandates should never have been introduced.

I come from a people who know a thing or two about segregation.

For decades, no other people, apart from the Indigenous, were as despised and segregated as Queensland’s ‘Kanakas’.

They were depicted by the press as disease-ridden and openly shunned.

On many occasions, Kanakas were rounded up and detained in quarantine camps, often under the most appalling conditions.

The worst was Peel Island, where many Kanakas lie buried in unmarked graves to this day.

When I proudly took my seat as Australia’s first South Sea Islander elected as a State MP, little did I think I would see history repeat itself.

And yet here we are.

Segregation is wrong – whether done for reasons of race OR public health.

I call on the Premier to immediately end the mandates and let Queenslanders get back to work. 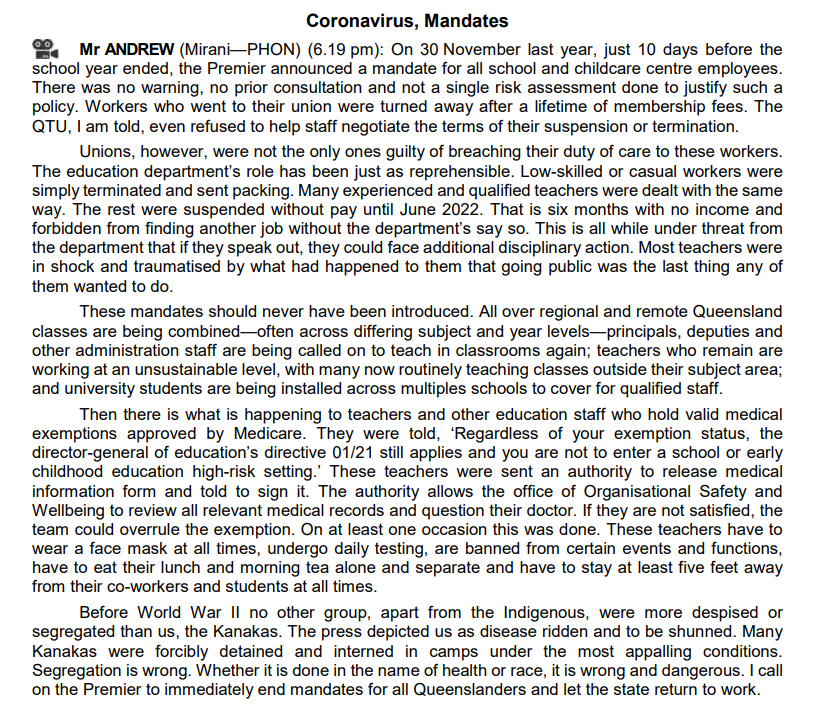