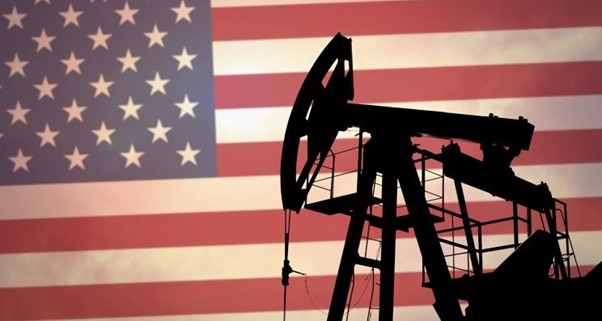 THE END OF SAUDI AMERICA

Sobering news from yesterday’s Commodities Global Summit in Lausanne, with many oil market experts predicting crude oil could hit as high as $250 a barrel this year.

Most see the ban on Russian oil as long-term and potentially leading to a “crude supply shock”, which could devastate the global economy.

“We are not going back to normal business in a few months”.

“I think we’re losing the Russian supply on the European side, for ever.”

Others said the ban meant as many as 3 million barrels a day of Russian oil could be lost to the market permanently.

The Head of oil and gas at Standard Chartered said:

“You now have to deal with this as a long-term issue which means YOU NEED TO FIND AN ALTERNATIVE SUPPLY.”

As the guy from Houston said, don’t expect the US shale oil industry to be riding to anyone’s rescue.

“The cavalry is not coming” he said firmly.

Why? Because it’s starting to look like the end is nigh for America’s fracking companies.

Less than 4 years after the ‘shale revolution’ reinstated America as the world’s No 1 oil producer, companies in Texas, New Mexico and North Dakota are now saying most of their best wells are tapped.

According to a recent Wall Street Journal review of the US oil and gas inventory, even if shale-drillers kept their output roughly flat, as per 2020 levels, many companies could only continue drilling profitable wells for a decade or two.

If they boosted production 30% to pre-pandemic levels, they would run out of prime drilling locations in just a few years.

So, anyone hoping America will ride to the rescue and suddenly start drilling like crazy to bring up all this shale oil and fix the world’s supply problems, is ‘dreaming’.

According to WSJ, they might be able to do that for 3 or 4 years, but after that they would run out of good core acreage.

There would still be some marginal acreage left, but essentially, the US shale party would be over.

So instead of trying to bail the EU out, the Biden administration should be thinking about what the US will do once its shale oil runs out.

Because if America runs out of oil, then we really will see a “Great Reset”.

And the America that emerged from that wreckage, would bear little resemblance to the one that exists today.