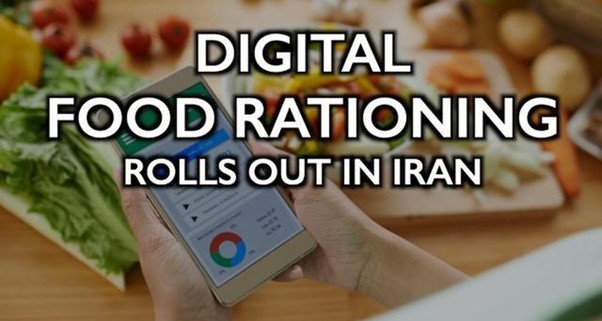 Iran, notorious for silencing dissidents and persecuting minorities, has rolled out a new rule linking the ability to buy food and fuel, to the possession of a Biometric Digital ID card.

A special App, created by Google and Apple (thanks guys!) is downloaded and connects each user to the centralised government database.

The system is virtually identical to the one being pushed in Australia and which will no doubt be rammed through by whoever wins tomorrow’s election.

In Iran, the Biometric Digital ID has greatly expanded the government’s ability to keep tabs on citizens, target minorities and crush dissent.

This week, things were taken up a notch with the government using the food/fuel crisis to force even more of its citizens onto the Digital ID surveillance grid.

It did so by rolling out all the same ‘coercive control’ nudge tactics which have proved so popular with governments here in Australia.

The “lever” authorities chose to use, were the substantial food and fuel subsidies it provides  Iranians to reduce their ‘cost of living’ expenses.

Iranians are now being told that in order to buy bread/fuel at the reduced prices, they must present a Biometric Digital ID card.

Anyone without such a card can still purchase the items, but only at the sky-high ‘market price’.

The rule is currently only for bread and fuel, but officials say this will shortly be expanded to include foods like chicken and vegetable oil.

With half the Iranian population living below the poverty line, most won’t survive without the subsidies, particularly with Iran’s inflation running at 40-50 percent.

Mass protests have broken out in response which are being inaccurately reported by the world’s press.

The protests are depicted as nothing more than unruly ‘food riots’, with no mention of the new Biometric Digital ID rules.

Iran’s authorities are now shutting down internet service across whole regions to quell the protests.

It is odd how countries like Iran have moved in such perfect ‘lockstep’ with the World Economic Forum’s ‘Reset’ Agenda.

For 2 years, they have obediently rolled out all the same mass testing, QR codes, mandates and lockdowns as other countries.

Now they are trotting out the same WEF-inspired plans for CBDCs and mandatory Digital IDs.

Makes you wonder just how much of a ‘Rogue State’ Iran really is.